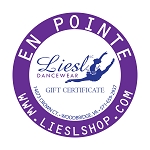 Did you know? The History of Ballet

Balletto is Italian diminutive of the ballot, meaning to “dance, to jump about.” Its vocabulary is based on French terminology.

Ballet originated in the Italian Renaissance courts of the 15th century. Noblemen and women were treated to lavish events, especially wedding celebrations, where dancing and music created an elaborated spectacle. Dancing masters taught the steps to the nobility, and the court participated in the performance. One of the first ballet dancing masters was Domenico da Piacenza. Along with his students, Antonio Cornazzano and Guglielmo Ebreo da pesaro, he was trained in dance and responsible for teaching nobles the art. Da Piacenza left one work: De arte saltandi et choreus ducendi (On the art of dancing and conducting dances), which was put together by his students.

In the 16th century, Catherine de Medici - an Italian noblewoman, wife of King Henry II of France and a great patron of the arts - began to fund ballet in the French court. Her elaborate festivals encourage the growth of ballet de cour, a program that included dance, decor, costume, song, music and poetry. The first ballet was Ballet de Polonaise performed in 1573 on the occasion of the visit of the Polish Ambassador. It was choreographed by Balthasar de Beaujoyeulx and featured an hour-long dance for sizteen women, each representing a French province. Ballet Comique de la Reine (1581), which was also choreographed and directed by Balthasar de Beaujoyeulx, was commissioned by Louse of Lorraine, queen consort of King Henry III, son of Catherine, to celebrate the marriage of Henry's favorite the Duke de Joyeuse to Marguerite de Lorraine, the sister of Queen Louise. The ballet lasted for more than five hours and was danced by twenty-four dancers: twelve naiades and twelve pages. Traditional shoes were not yet used, and the costume were formal gowns. In the same year, the publication of Fabritio Caroso's II Ballarino, a technical manual on court dancing, both performance and social, helped to establish Italy as a centre of technical ballet development.

A century later, in France ballet was more formalized by Pierre Beauchamp. He codified five positions of the feet and arms. Famous ballet dancer and choreographer Jean-Baptiste Lully often cast the King Louis XIV in his ballet. Lully collaborated with Moliere, the French playwright, and the comedie-ballet was created. Lully also created the tragedie en musique genre. King Louis XIV helped to popularise and standardise the art form. A passionate dancer, he performed many roles himself, including that of the Sun King in Ballet de la nuit. His love of ballet fostered its elevation from a past time for amateurs to an endeavor requiring professional training. King Louis XIV founded the Academie Royale de Musique from which the Paris Opera Ballet developed as the first professional ballet company.

France's court was in some ways the leading source of fashionable culture for many other royal courts in Europe. Styles of entertainment were imitated, including the royal ballets. Courts in Spain, Portugal, Poland, Germany, and elsewhere all became audiences and participants in ballets. In addition to France, Italy became an important influence on the art form, predominantly Venice, which became an important tourist attraction because of its ballet performances.

By 1661, a dance academy had opened in Paris, and in 1681 ballet moved from the courts to the stage. The French opera Le Triomphe de lAmour incorporated ballet elements, creating a long-standing opera-ballet tradition in France. By the mid-1700s French ballet master Jean Georges Noverre rebelled against the artifice of opera-ballet, believing that ballet could stand on its own as an art form. His notions - that ballet should contain expressive, dramatic movement that should reveal the relationship between characters - introduced the ballet d'action, a dramatic style of ballet that conveys a narrative. Noverre's work is considered the precursor to the narrative ballets of the 19th century.

Venice continued to be a centre of dance in Europe, particularly during the Venice Carnival, when dancers and visitors from across the continent would travel to the city for a lively cultural exchange. The city's Teatro San Benedetto became

a famous landmark largely due to the ballets performed there. Italian ballet techniques remained the dominant influence in much of southern and eastern Europe until Russian techniques supplanted them in the early 20th century.

Ballet performances spread to Eastern Europe during the 18th century, into areas such as Hungary, where they were held in private theatres at aristocratic castles. Professional companies were established that performed throughout Hungary and also toured abroad. The Budapest National Theatre increasingly serving a role as a home for the dancers.

Early classical ballets such as Giselle and La Sylphide were created during the Romantic Movement in the first half of the 19th century. This movement influenced art, music and ballet. It was concerned with the supernatural world of spirits and magic and often showed women as passive and fragile. These themes are reflected in the ballets of the time and are calledromantic ballets. This is also the period of time when dancing on the tips of the toes, known as pointe work, became the norm for the ballerina. The romantic tutu, a calf-length, full skirt made of tulle, was introduced.

The popularity of ballet soared in Russia, and, during the latter half of the 19th century, Russian choreographers and composers took it to new heights. Marius Petipa’s The Nutcracker, The Sleeping Beauty and Swan Lake, by Petipa and Lev Ivanov, represent classical ballet in its grandest form. The main purpose was to display classical technique — pointe work, high extensions, precision of movement and turn-out (the outward rotation of the legs from the hip)—to the fullest. Complicated sequences that show off demanding steps, leaps and turns were choreographed into the story. The classical tutu, much shorter and stiffer than the romantic tutu, was introduced at this time to reveal a ballerina’s legs and the difficulty of her movements and footwork.